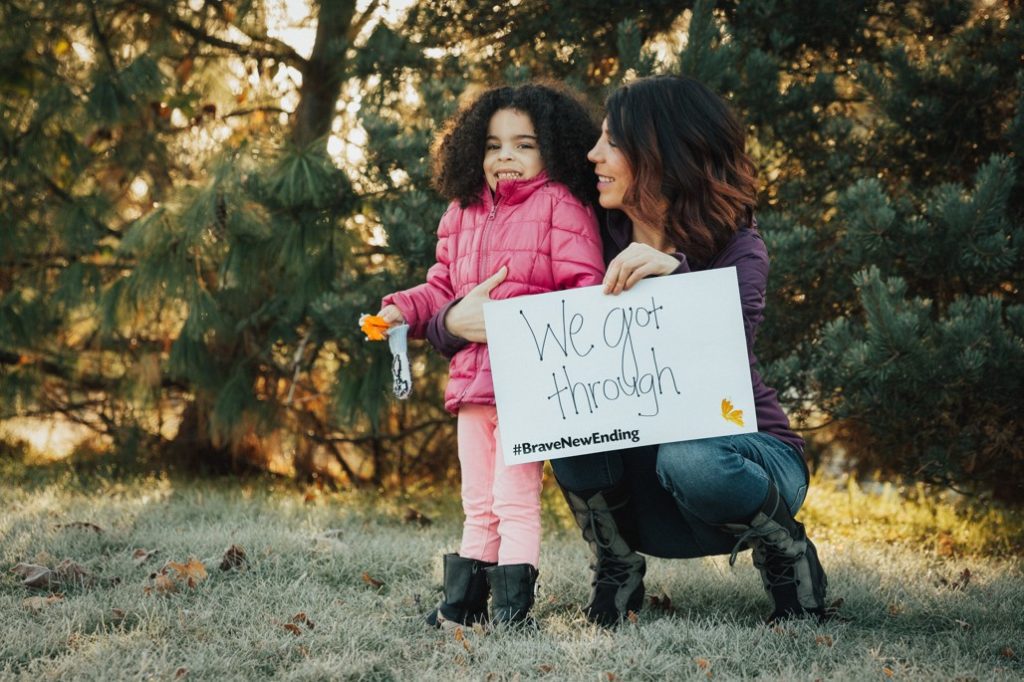 Can you imagine trying to navigate the challenges of parenthood without the pivotal tool of communication? Keri never considered that communicating with her young daughter Aubrey could be so difficult. With Aubrey at the age of two, they still had no method for sharing information or feelings and Keri began to panic.

“I couldn’t ask her what was wrong, and she couldn’t tell me. We had nothing and it was a tough battle. Due to her outbursts, it got to the point where we didn’t leave the house. I couldn’t take her anywhere.”

Keri and Aubrey moved to Tacoma last year. Before they moved, Aubrey was tested and loosely diagnosed with a severe learning disability. After landing in the area, Keri soon found HopeSparks. Within a month they were receiving home-based early intervention services, including speech and occupational therapy as well as infant mental health therapy.

Aubrey attached quickly to the HopeSparks’ team, and Keri noted that the home-based care was crucial. “It would have been impossible for me to have hauled Aubrey around to three different appointments”.

Through working with the early intervention team, Keri discovered that Aubrey struggled with sensory processing issues and they nudged her to have Aubrey tested for autism. The diagnosis was confirmed, and Keri felt prepared because of the tools and support she had received from the team.

Aubrey turned three this year and aged out of early intervention services. She started preschool this fall, and Keri was prepared for the worst. She planned for the phone call from the teacher describing outbursts, or that Aubrey wouldn’t come out of the corner.

She never got the call.

“Before HopeSparks, Aubrey was scared of little kids her own age. Now she is hugging the little girls in her class when she sees them every morning. She is a completely different child and it’s really great to see.”

Keri learned how to read Aubrey’s cues, appreciate her style of learning, and how to communicate with her.